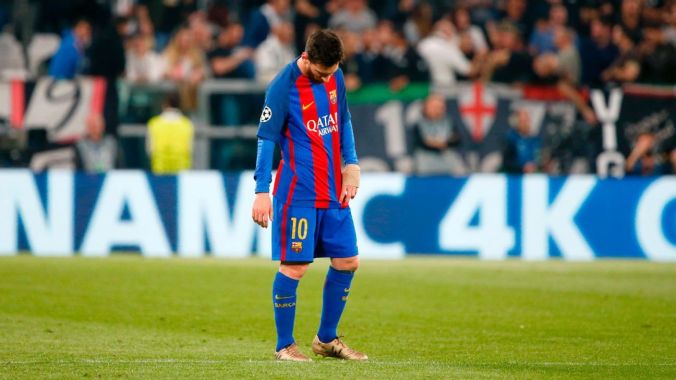 Ousmane Dembele has just arrived at Barcelona for a “club record fee” of €105m plus add-ons which could take the total paid to around €140m, far eclipsing even the official updated €86m paid for Neymar that the club had to admit to two years afterwards (although the real cost may still be somewhat higher, and we may never know). Whether Dembele can emulate his predecessor in footballing terms is anyone’s guess; but more intriguing is the fact that he may emulate the superstar as a future exit – curiously, Barcelona seem not to have learned their lesson and set a buyout clause of only €400m.

€400m may seem a lot, but this summer has shown that numbers we could barely believe have a habit of becoming reality; if TV revenues increase, the figure will not seem excessive. But in any case, and more importantly, it is already not very high in the world of preventative buyout clauses. If any proof be needed that Real Madrid are better run than Barça at the moment, it can be seen in the buyout clauses currently in place. Not only is Dembele’s price, their newest signing, still way below the sums set by their arch-rivals, but so are all the rest of the squad – by some distance, too. Eight of Real’s stars have clauses higher than Lionel Messi, the best player in the world. Suarez and Busquets look at snip at just €200m.

Why have Barça been so remiss and what explains this imbalance? Well first, to be fair, the Barça squad is just that much worse than Real’s. Other than the MSN, most of the others have passed their Pique (lol) and their clauses were signed in another era. Having said that, Cristiano Ronaldo’s €1bn clause was set as long ago as 2015, a full year before Neymar (Barcelona’s youngest and most marketable star) was set at only €200m rising to €250m over three years. Is it perhaps that Barcelona do not have the pull to get players to agree to prohibitive buyout numbers? Or is the board still arrogant enough to believe that players go to Barcelona for its “philosophy”? Either way, it is a failing of their fiduciary duties which would be prosecutable under UK company law.

Furthermore, Barcelona really have encountered a perfect storm. The inflation in this year’s transfer window has hit them just as an irreplaceable star has gone. To be clear, buyout clauses work very differently from normal transfer fees in terms of distorting the market. This is because a normal fee is, these days, usually paid out over a number of years; so that a transfer fee of €222m might only be about €55m per year. The rest of the market (though not the idiot fans) will “know” that the extra money available to the club who has just sold their star asset is only €55m at that point. But with a buyout, the money arrives instantly, meaning that the market is aware of both an entire €222m overhang, as well as the necessity to frantically spend most of it on a replacement. Furthermore, buyout clauses are by their very nature “supernormal”, higher than market valuations. This means that in turn they are causing inflation above normal market values when the money is spent in turn. In other words, it is not just usual “football inflation” (see my previous) but a buyout-driven super inflation. Barcelona this summer have become a footballing version of Mansa Musa I.

Of course in today’s world, only a few clubs are true “buyers”: Real Madrid, who do so from their own resources, and then PSG and Man City, who do not. Barcelona have ultimately been left on the heap as just another “selling club”, the dreadful epithet that even Man Utd had to understand when they lost Ronaldo to Real all those years ago. Barça just have not learned their lesson.