The news of Pochettino being “relieved of his duties” was one of those events which, while an enormous shock at the time, with every passing day become more and more comprehensible; such that having had a couple of weeks to digest, it now seems the most natural thing in the world. Then Mourinho arrived so quickly that, as the Taoist saying goes, “if you use a sharp enough knife, the cow does not even know it is dead”.

The reason that a certain section of the fans – the majority, I suspect – were so saddened at Poch’s departure was because of how much we had all bought into “the Project”. Almost five and a half years is a life time in football today, and for parts of that, it really did seem that he was the one who had come to lead us to the Promised Land: a new stature, a new stadium, and an end to the trophy drought. Yet it had been clear for a long time that Pochettino also had limitations – limitations which, frankly, may yet prevent him from really becoming a top class manager anywhere else, even if he were to have more resources.

First amongst them was that he never really displayed tactical nous, and was instead a system manager. He belonged, in his way, to a tradition which places the system above all else, a tradition which can be traced from Guardiola, Bielsa and Wenger, all the way through Poch down to the likes of Eddie Howe and Ralph Hasenhüttl. System managers – perhaps we can call them “Rationalists” – when they are right, are irrepressible: their teams play throughout the season as a single unbroken line, constantly possessing, attacking and scoring, not punctuated by the mere whistle of referees starting and ending matches. The end of one game and the beginning of the next is seamless. This is what makes them so resilient and machine-like – scoring against them does not really achieve anything more than insects hitting the windscreen of an onrushing car. When it works, individual moments of adversity make no impact on a team’s mentality or emotion.

Against these Rationalists are the Empiricists, the school of management which takes each match as it comes and deals with them one at a time, often with tailored tactics for specific parts of the pitch or even windows of time. In this tradition belongs Mourinho above all others, the man who makes double substitutions at half-time and who famously defeated Pep’s Barcelona in 2010 with ten men. But there are others: Ancelotti, Allegri and Conte for instance; Marco Silva and, I would guess, even Big Sam. Italy was always the home of tactical men such as Lippi and Trap, with little acceptance of outsider Rationalists such as Sacchi. With them, the moment and the match are everything: these teams win cup semi-finals and finals, derbies, and top-of-the-table clashes. By and large, a siege mentality is useful; but so, too, is the ability to discard players when needed. In a sense, it favours a little bit of the under-dog.

The problem for the Rationalists is that when trying to make the system work, there is a fine line. Success is magnified by compounded success; but loss is likewise exaggerated. There is no “middle”. For an Empiricist, your last game can prove you right; for the Rationalist, only success over a long period can justify the seemingly rigid adherence to the system. Poch did not make substitutions. He did not, until near the end, introduce formational changes. He remained loyal to players at all times. More than anything, he was not good at incorporating new players and needed the constancy of his core group, pressing them repeatedly to come up with the same goods, game after game, season after season.

And this would have been fine, if players had rotated. But the iron law is that either the players have to be freshened up … or the manager does. But there was a further dichotomy with Poch which was that he was so dogmatic that he struggled to bring in new players at all. I believe there is every truth to the claim that he rejected new signings during the summer of 2018, because he did not feel they would fit. Additionally, he did not have a great track record of new signings anyway after the departure of Paul Mitchell in 2016. His teams were always thrown by resets such as summer breaks and even normal international breaks – form was always randomised after such events like the dice in a game of Boggle. Yet at the same time he refused to introduce new talent, meaning the squad was tired out. It was intensity without any possibility to refresh.

Which brings us to what Pochettino should be seen as: not as the Saviour, but as St John the Baptist, crying out in the wilderness before the coming of the real thing. Poch understood that for a few seasons he had to ignore the noise of fans and media and demands for silverware, and just concentrate on stature. The rest would come. He was specifically the right man for bringing Tottenham out of being a probable-top-six club to a regular-top-four one – a role he may be destined to repeat, since if he were to join either Man Utd or Arsenal, they would rightly want this particular trick repeated. His five years at Spurs were a necessary time and place, and he leaves a platform ideal for the next step, whether that be under Mourinho or anyone else. He fit that stage of Levy’s development plan perfectly, and in retrospect, it was never likely to be anything more. Much like Bielsa, he may be destined to never achieve true greatness; and much like St John, he may not himself be the True Light, but rather be destined for undignified decapitation. 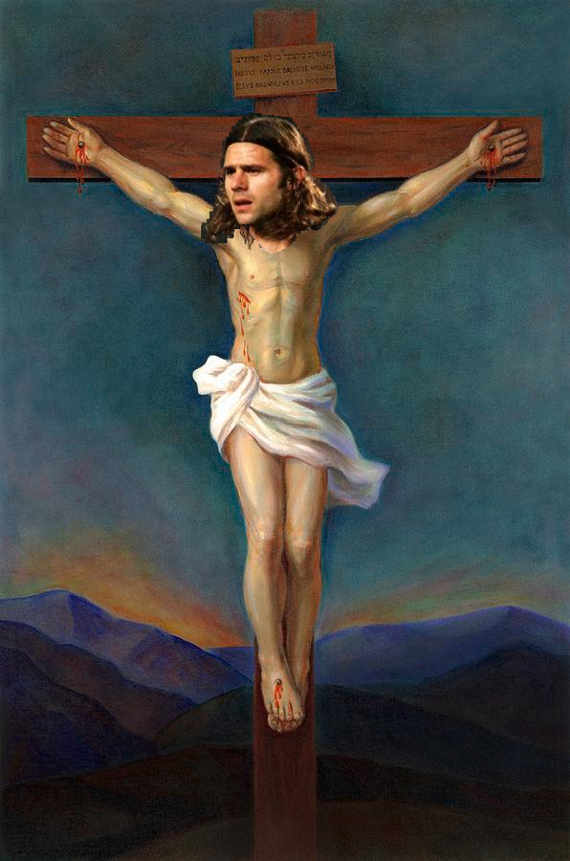 Nonetheless St John has his retinue of true followers and believers, and good luck to them. There are those who might want the Rationalist system despite the tactical rigidity and squad management. These are perhaps the purists, though they are destined to be as tangential as the Mandaeans. For myself, despite the initial shock, I am all for the man who may well turn out to be the True Light.